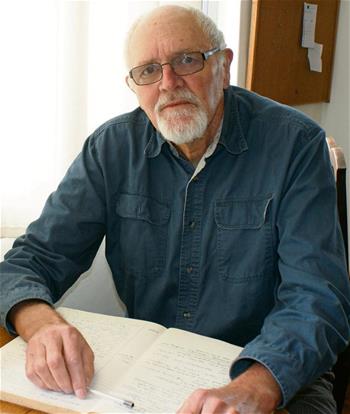 Professor Jeff Guy passed away suddenly on 15 December. He was the author of a number of hugely influential books on the nineteenth-century Zulu kingdom, including ‘The Destruction of the Zulu Kingdom’, ‘Remembering the Rebellion’, ‘The Maphumulo Uprising’ and most recently ‘Theophilus Shepstone and the Forging of Natal’ which was published by the UKZN Press only last year. Professor Guy was a towering presence in academic circles in KwaZulu Natal and his work was greatly admired for its originality, thoroughness and vision although, as a Marxist, he was sceptical of popular interest in the Anglo-Zulu War, and regarded it as an expression of lingering ‘neo-colonialism’.

74 year-old Prof. Guy had been delivering a lecture at St. John’s College Cambridge and was waiting to board a plane at Heathrow to return to South Africa when he collapsed.
Photo by courtesy of The Witness